While hair loss in men is often a genetic condition, hence a lifelong process, it is unclear what predisposes a female toward hair loss. Some females may start exhibiting hair loss as early as after puberty, while others have no signs of any unusual hair shedding until later in life when they enter menopause. In women as in men, the most likely cause of scalp hair loss is AGA: an inherited sensitivity to the effects of androgens (male hormones) on the hair follicles of the scalp. Women with hair loss due to AGA tend to have miniaturizing hairs of variable diameter over all affected areas of the scalp. While miniaturizing hairs are a feature of AGA, in women, miniaturization may also be associated with other causes. In postmenopausal women, hair may begin to miniaturize over the entire head, thereby losing its original volume and becoming difficult to style.

Although in some cases, genetics can be the causative factor, health issues such as iron deficiency or hormonal imbalance that arise from pregnancy, menopause, withdrawal of oral contraceptives, or hysterectomy can also spur hair loss in women (telogen effluvium).Pregnancy can lead to a prolonged estrogen-rich state in which hairs remain in the anagen phase until delivery. Following childbirth, the hair is shed excessively for about 4–12 weeks afterward and most likely regrows within 3–6 months. Besides these acute states of telogen effluvium, women between 30 and 60 years of age are more likely to suffer an unexplained chronic telogen effluvium marked by recurrent hair shedding that does not lead to total baldness. It is important to note that female-pattern hair loss can begin as early as the late teens to early 20s in women who have experienced early puberty. If left untreated, this hair loss associated with early puberty can progress to more advanced hair loss. In the African-American female, several types of hair loss are observed, some of which are scarring alopecias that cannot be transplanted. Consequently, hair loss in a woman (even when there is a family history of AGA) should never be assumed to be due to AGA. Examination and diagnosis by a GP, dermatologist and a hair-restoration specialist are essential before any hair transplant is undertaken. Routinely, a battery of tests is suggested to female patients exhibiting hair loss, such as a full chemistry profile, sedimentation levels to check for inflammatory diseases, serum iron levels, male/female hormones (including T and dehydroepiandrosterone sulfate [DHEAS]), and thyroid levels to check for proper function and scalp biopsy.

For all of these reasons, hair loss in women can be more complicated than in men and should be more carefully explored for the cause so that a proper treatment plan can be instituted.

Hair loss in women is different than in men because the areas affected can thin significantly but rarely become totally bare of hair. There are various patterns of hair loss in women, and the following are the most common types: 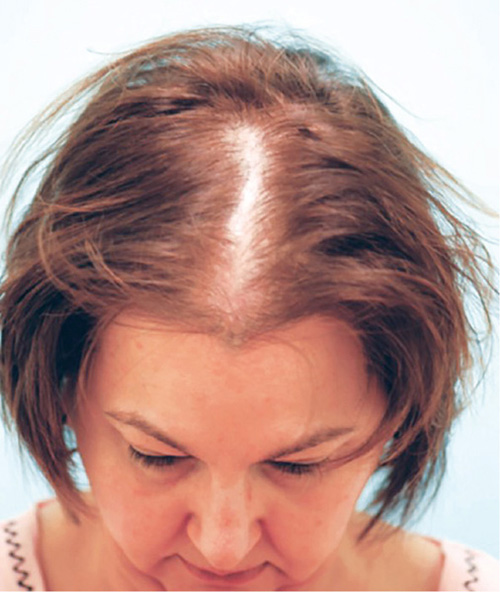 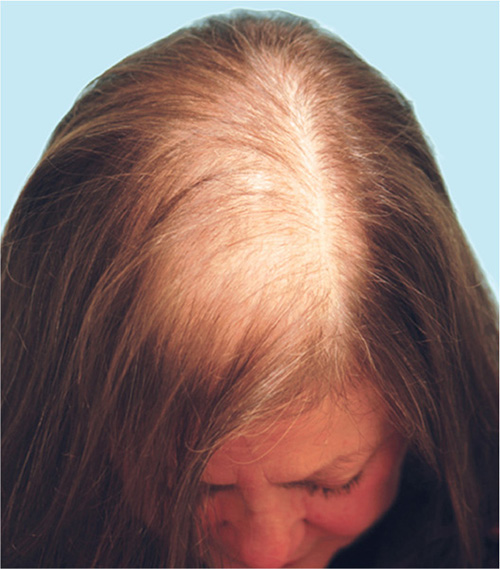 Figure 1.6B
An individual showing a Ludwig type of diffuse female-pattern hair loss. The hairline can be spared or affected with this type of loss. In this case, the individual demonstrates preservation of the hairline 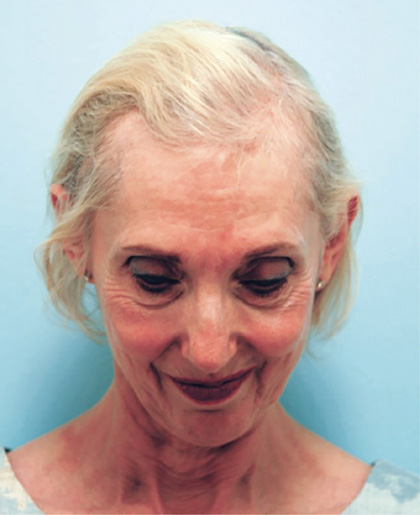 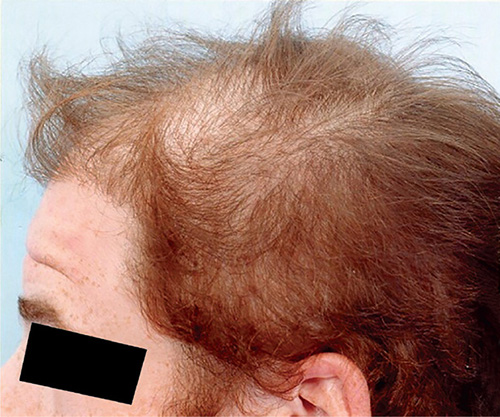 Figure 1.6D
A woman who has diffuse thinning and her scalp showing through her hair. 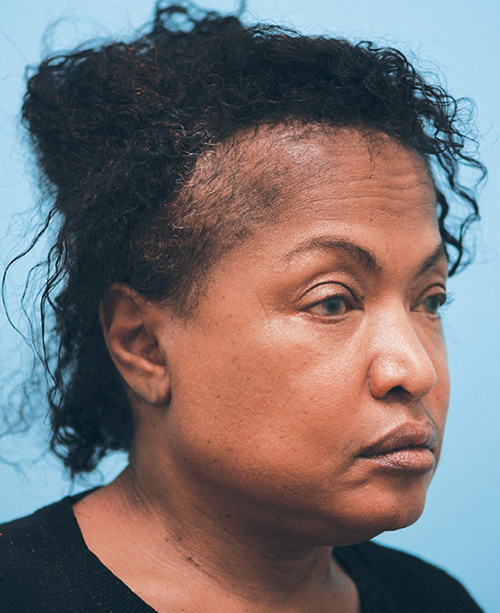 Figure 1.6E
An African-American woman who had her hair in braids since an early childhood, which left her with hair loss in her temporal area 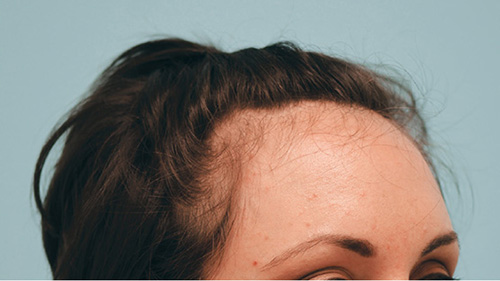 Figure 1.6F
A young woman who was born with a high hairline that always bothered her